So much is happening in March. Nationally, professionally and even personally. New colleagues at work, unforeseen career challenges, March Madness basketball season, a friend’s breakup after wedding gown shopping, you name it.

But the worst shock comes from the nightmarish news of riots in Meiktila town, Mandalay Division of Myanmar.

Just last week, I was in Meiktila.  I was sipping my kya-seint tea, getting made fun of by a potential investor for how often I use “like” in my conversations near the train station at the heart of Meiktila. My team went to chat with farmers in the region on a perfectly sunny but breezy afternoon. We even got to look at a two-acre plot of beautiful flowers, grown using our drip irrigation kit. The said family made about US$ 3,000 last season, a remarkable sum of money for the region. People seemed hopeful.

How did all of this happen the next day?

In a country like Myanmar where your faith gets printed on ID cards and your religious affiliation dictates how much you could as a woman enjoy political rights, devotion is no longer personal. Your interfaith spirituality does not matter. People are curious to know if you are this. Or that.

Devotion is a peculiar thing. People in Meiktila are killing in the name of religion even if the act itself is considered one of the five major sins in the same belief system. And I should feel distant from the faith whose followers are committing an act I feel so strongly against, yet I feel even more devoted.

I am writing this from Kathmandu.  It is difficult not to feel devotion while I am at such a spiritually aligned place like Swayambunath. In Nepal, devotion gets a lot more intimate. The devotee burns incense sticks almost intrusively, lights rows and rows of candles, rings bells, paints herself red, and touches the scripts of prayers on the wheels, thereby releasing the mantra and letting it spread to others.

And it spreads to me. So much so that now I could even view hippies & hipsters favorably, roaming around Kathmandu with their dirty, unkempt beards kept oh so ironically. I will take a self-righteous hippie any day, after seeing and hearing the religious zealots from Meiktila. Could you imagine that some years ago, tantric and Zen Buddhists also vehemently disagreed? Now it is super hip to be Zen and do yoga, all at the same time. Times have changed.

And I’m still hopeful that Myanmar also will change for the better, after an initial adjustment to new freedoms. All societies do.

But for this weekend, I’m relieved to be away from the sensationalist Burmese media. As I pray at the hub of Tibetan, Hindu Buddhism in some of the oldest, most sacred spiritual sites in the world, and ponder how similar Nepal is to Myanmar culturally, socially and even economically, I could taste a sense of optimism for Meiktila from those wooden prayer wheels overlooking Kathmandu skylines.

It was a success!

Hundreds of young women and men in bright purple shirts went out to streets, parks and shops to dance on this Valentine’s Day. It was quite a feat, especially considering the entire coordination was put together in less than two weeks.

On Friday, all the working group and dancers came back together at a dinner reception and reflected on their work. The group is also starting a book club in Yangon and you must check it out if you are in town. OBR Myanmar has a written piece by me and we think it will be published fairly soon. 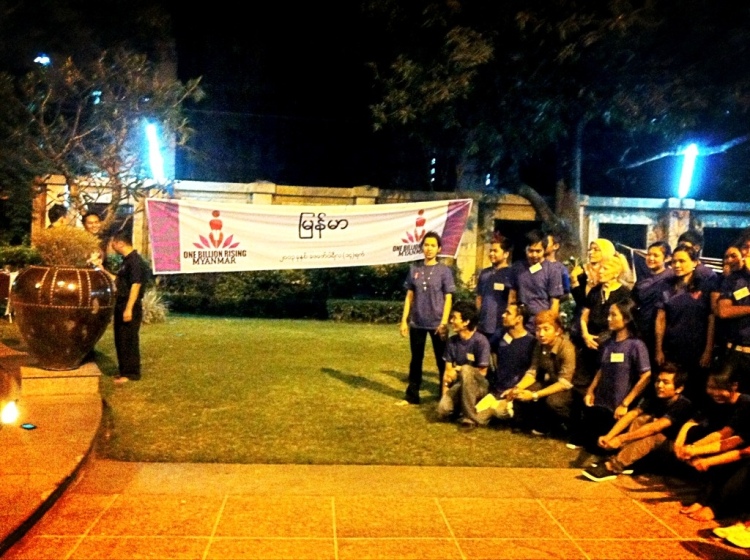 Partial power cuts have begun.  Water is running dry at hydroelectric dams.  And it’s getting extremely hot and humid, as if Yangon is in an oven.  As I continuously fan myself (the ACs are not working), I keep murmuring to self: welcome back to my first real summer in Myanmar in three years!  It’s not going to be fun.

Summers for Asian kids are not really a time to chill.  The heat strangely reminds me of all the summer classes I had to take as a child – piano, swimming, badminton, language and art classes, which were not covered by my government school that I attended all my life.

This summer, I am going to keep myself busy so that I stay in line with this tradition.  I am going to start a pre-intermediate English course for adults.  There are a lot of language classes that cater to the youth but professionals in Yangon are also trying to polish their English as they meet incoming foreign companies keen on forging partnerships with local entities.  That segment is my market.

So tell your friends and colleagues to sign up.  We will cover lots of fun things and even take an excursion to a local coffee shop turned language exchange place.  This course is my baby project right now because it brings a distinct flavor to my full-time job and also helps finance my upcoming travel plans.  The fee may seem slightly more than an average summer English program but as everyone knows, you cannot get a real Louis Vuitton with 35 bucks. 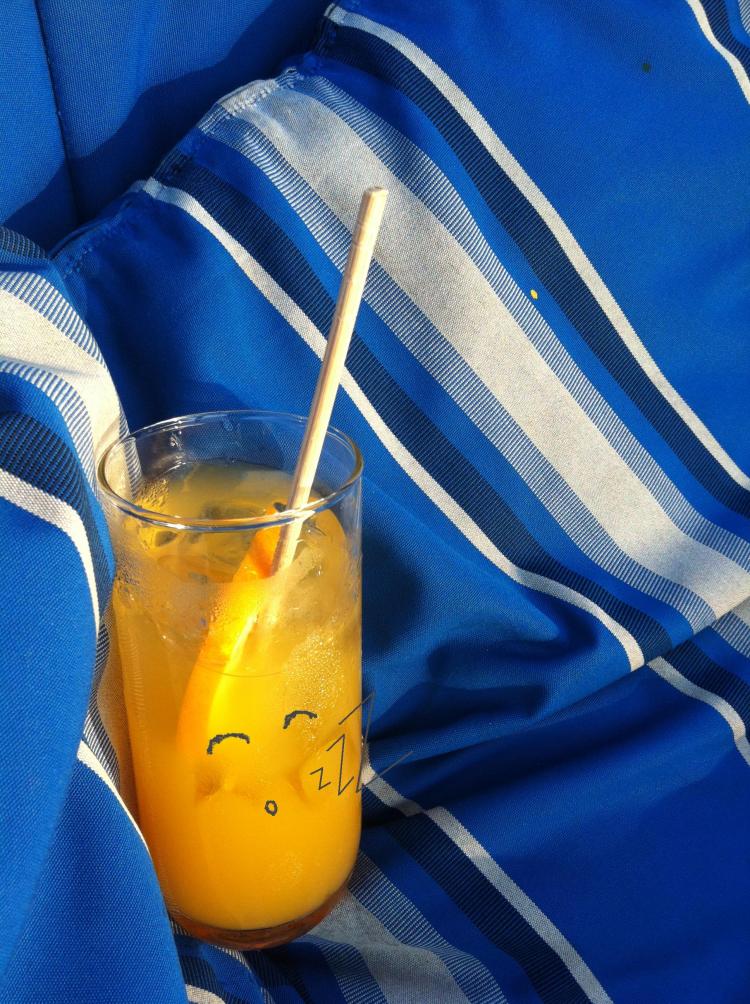